Base stations Northern Quebec (according to elevation)

The ski resort Mont Chalco at 415 m has the highest entry point or the highest base station of all ski resorts in Northern Quebec. 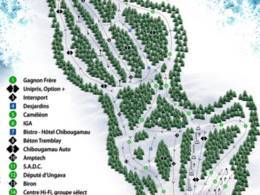 The family-friendly Wildkogel-Arena in the heart of the Alps offers skiers of all levels, from pro to beginner, over 75 km of beautifully prepared slopes. Modern snow-making equipment guarantees skiing fun all the way through to spring.