Base stations Hemavan Tärnaby (according to elevation) 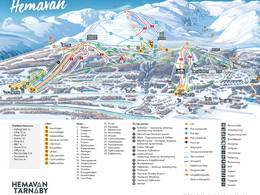 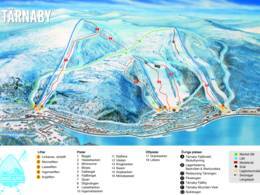 From the 2018/2019 season, two new 10-person gondola lifts will link the two ski resorts of Haideralm and Schöneben. Visitors can also look forward to an additional 6 kilometres of new and attractive slopes.