Base stations Aargau (according to elevation)

The ski resort Horben – Lindenberg at 765 m has the highest entry point or the highest base station of all ski resorts in the Canton of Aargau. 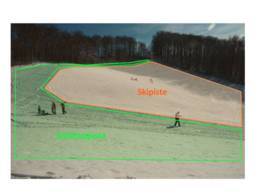 Since the 2016/2017 season, Ski Arlberg is the largest connected ski resort in Austria. The slopes for skiing, snowboarding and freeriding stretch from St. Anton in Tyrol, to St. Christoph and Stuben in Vorarlberg and further to Zürs, Lech and Schröcken and all the way to Warth.

Kitzbühel was extensively tested on 18 criteria by Skiresort.info and was chosen for the 7th time in a row as the world's best ski resort.